This might work as Jeff’s office. It’s not as grand and hi-tech as I’d like it to be, and there’s that cheap wood texture at the back, but perhaps we’ll replace that with some metal. The chairs facing the office aren’t great either, but it’ll do for now. I might replace them with the morphing office chair.

The outside where the workers do their thing could either be the Sweden Office or the Design Studio (both by DigitalLab).

I like this set. It’s large enough as an executive office, with a couch area and a small table in the same room. The desk is large enough too, and all items including walls and ceiling are selectable individually. Lighting is created by emissive surfaces, some of which are a bit hot to make the decorative elements glow. That’s easy to change though.

This set fits inside the Studio Building, giving it a feeling of a real set on a sound stage. This thing is worth its asking price of $18. Kudos to by Charlie and DAZ Originals. 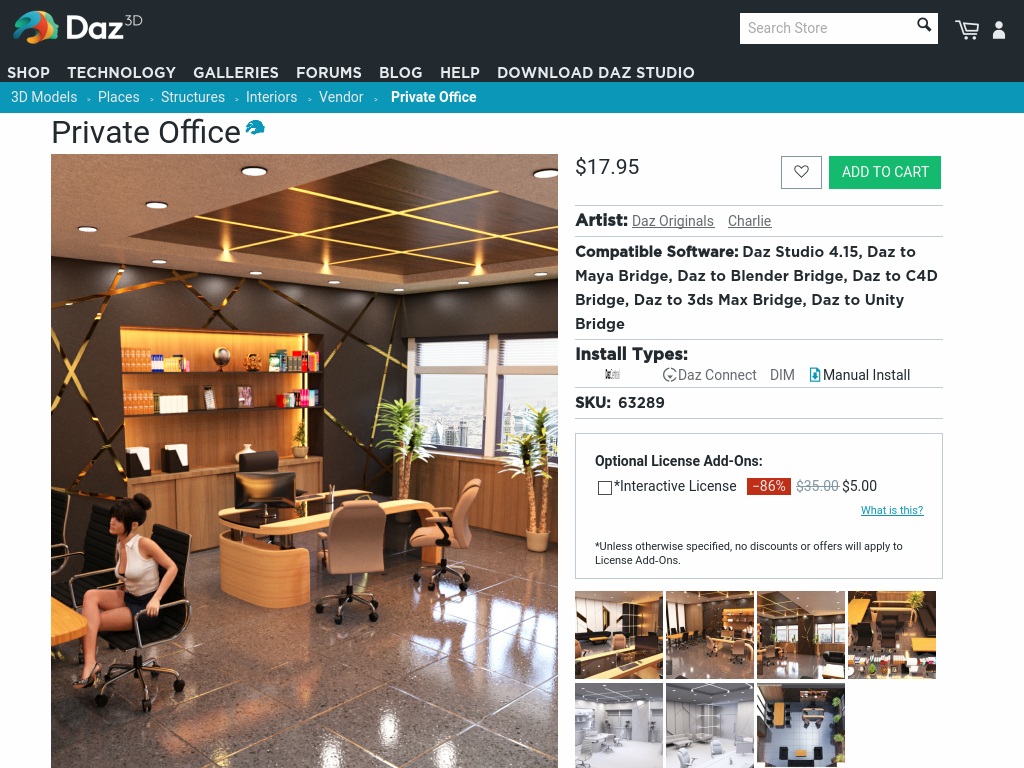 If you enjoy my content, please consider supporting me on Ko-fi.